Can I donate a car in Alberta? Yes! It's easy, friendly, and quick. You can choose any Canadian charity you love! Check out our easy 1-2-3 steps to donate...

END_OF_DOCUMENT_TOKEN_TO_BE_REPLACED

"Buick Rendezvous, 2009. Broken down on Northbound Metis trail. Parked on the shoulder." Had you told us 50,000 kms ago that our trusty Buick would get us all the way to March of 2019 we would not have believed you for a second! We knew this was the final service call we'd make for this faithful SUV, and it came with a flood of memories.

When our family was ready to transition from a minivan to something smaller, , the Rendezvous was our go-to. This was the fanciest vehicle we'd ever had (Heated seats and mirrors that adjusted themselves? So fancy!). We loved it!

Storage space in the SUV wasn't optimal, but that didn't stop us from using the poor ol' girl like she was an F150. Over the years we've moved many friends from one home to another. We've hauled lumber and gardening soil and trees. She got the kids through years of hanging out with buddies (read: that vehicle hauled a lot of bodies, weird combinations of sporting and gaming equipment, and debris).

We're a road tripping family - because who can afford to fly with 3 kids? Well...who can afford to fly them and feed them? Since we had to choose between the two, we opted to feed them. They seemed to appreciate that. When the kids were still travelling with us the drives would take us South of the border in search of sun and warmth and adventure.

One of our most memorable trips was taken in the Buick. That hearty black wonder got us all the way down to New Mexico, USA. I don't think we ever (like, never) got all of the White Sands, NM sand out from the carpet fibres and various nooks and crannies of that vehicle? We had dramatic tire trouble (that's a story of its own...) in an effort to short-cut our way to the Giant Array (again, more on that next week), and just about drove the boys nuts with the various other "short cuts" we took in an effort to show them their continent.

Winter after winter, long after our sons had purchased their own vehicles, the Buick got us through one tight spot after another. The kids went from kiddos to adulthood while we had the Buick. With 5 adults, our family has a pretty big vehicle foot print. Work and play demands mean that everyone has their own car...and with that many vehicles in one family , there are a lot of roadside breakdowns, parking lot boosts, and wonky electrical issues. The Rendezvous was the one vehicle that never broke down. We'd leave it parked curb-side for weeks or months at a time, giving it a negligible drive around the block just to ensure we kept the motor functioning and the parking authorities at bay. And every time we needed it, it started right up and got whomever was in a last-minute pinch to where they needed to be.

Until just a week or two ago. I'd done the obligatory run around the block/move the vehicle and make it look like someone loves it drive. It started up fine and had that warm and mechanical-gas-y smell of a neglected vehicle. I love that smell. It reminds me of grandpa's old blue K-Car. The one that used to sit out on the farm, years after it had stopped driving. A magical, all-blue automotive playground for the grandkids.

Then, one of our boys had car trouble, and without giving it a second thought, he grabbed the Buick keys and headed off to work. The ol' thing didn't get very far before it coughed a little and gave it up at the side of the road. There would be no more last minute saves by that seasoned Buick.

For our family, that leads to the easy next-step: donation. The SUV doesn't owe us a thing. From thousands of miles of road trip comfort to truck-like weight-bearing to icy parking lot rescues, it has more than earned its end of life rest.

Five quick minutes on the Donate a Car Canada website and we were in their system for free support. We got our tow timing call the next day, and before we knew it, the Buick was out of sight.

That hardworking auto will keep its generous legacy going by turning into a cash gift for Inn From the Cold, our family's charity of choice. Fitting for a vehicle that kept us warm and safe over so many kilometers.

Inn From the Cold is keeping homeless kids safe this winter. We want to help! We assess each vehicle donation individually here at Donate a Car Canada. Sometimes an old clunker that looks like she's ready for the scrap heap will surprise us. One old Safari van did just that, with happy results for this homeless outreach charities. 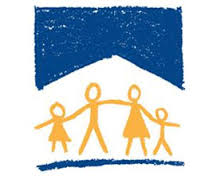 We assess each car, van, truck, and SUV donation individually. Sometimes an old clunker that looks like she's ready for the scrap heap will surprise us. One old Safari van did just that! Read more for the happy results for one of our homeless outreach charities. END_OF_DOCUMENT_TOKEN_TO_BE_REPLACED

Canadians give to the homeless. A warm meal, an extra layer of clothing to ward of a chill Canadian winter, and a kind gesture -- Donate a Car has receiving charities that are out on the streets, day and night, helping some of our country's most vulnerable get a small taste of Christmas cheer through this holiday season. Would you like to join them in your area? We can help by arranging free towing, and gift with no costs to your charity to allow for more donation dollars to go where they're needed most.

END_OF_DOCUMENT_TOKEN_TO_BE_REPLACED
Mother's Day is just around the corner (May 11th if you weren't 100% sure). 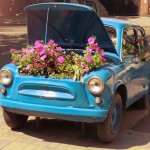 What do you do to honour yours, if you're able? It can really be a challenge. How do we make it a meaningful celebration without completely supporting the extensive commercialism that surrounds it? END_OF_DOCUMENT_TOKEN_TO_BE_REPLACED