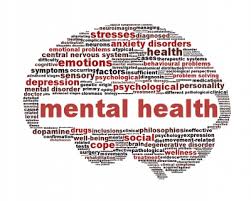 Mental health was the cause of choice for many donors this Spring. One donor’s 2008 Hyosung GT250 Comet raised over $1000.00 for his chosen charity, the Mental Health Foundation!

The CMHA presents these important facts and statistics on their website,

How common is it?

What is the economic cost of mental illness?

How does it impact youth?

As you consider who to gift with your vehicle donation, keep mental health in mind!