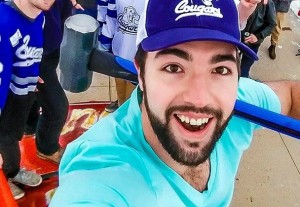 When Addison Asuchak called in to Donate a Car Canada with an offer to donate his 2001 VW Jetta on behalf of KidSport Canada, we had no idea that we were about to be part of a generous adventure!

Addison is living a big and adventurous life! He travels wide, plays hard, and dreams  so big. His 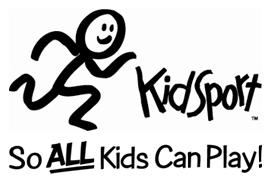 generosity of spirit touches everything he does, and in an effort to support  a  charity that he cares about, he called us to get information on how to go about  donating his faithful Jetta on behalf of KidSport Canada.

Assuming he hoped to simply go through either our recycle or auction process with  his  drivable, good lookin’ VW, we provided him the details of our program and  offered him  our donation options. Addison then, with a humorous catch in his voice  asked,

“So,  what if the car were in a slightly different condition than what I’ve  described? Like, what  if it had been hit a few times…with a sledge hammer?”

In a spontaneous effort to support KidSport Canada, Addison had thrown out a  massive Facebook appeal, telling his vast network of university and personal  connections that with the gift of a donation to the charity, anyone could come and  take  a swing at his beautiful Jetta – with a sledge hammer! Within a matter of hours  he had  a typically Canadian response: people were interested! Demolition +  generosity = the perfect January afternoon distraction! 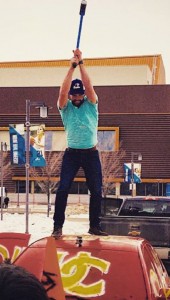 Addison’s Volvo had a double impact on behalf of KidSport: it drew the attention and generosity of sledge hammer –wielding 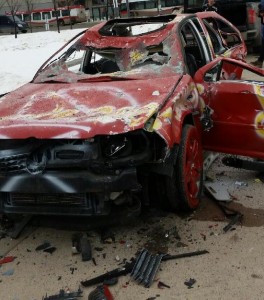 donors at the university, and it garnered the monetary donation that comes with a vehicle recycled through our program here. Addison is a man with energy and courage. We know his generous effort on behalf of KidSport is one small part of his big life, and we’re thrilled to have been part of it!