Tweets and repeats. The occasional Facebook posts.
Donate a Car Canada creatively supports their 800+ receiving charities through brief reminders of the compassionate work of caring organizations. And it's free!

Tweets and our charity repeats

Donate a Car Canada has a designated staff person at the ready to post tweets and Facebook messages about the charity you love. One click and a hashtag. That's all it takes to share a reminder to support and to give.

Does this really make a difference?

Putting some forms of social media to work for our charities is helpful in sustaining awareness. Both the charity's cause, and the option to give via a vehicle donation, are kept front-of-mind. And this is at no cost to the charity!

Dozens of our charities are quick to re-tweet our bits and blurbs. Not least among these are our animal charities.

Tweets aren't just for the birds

Prefer to share and give to the two-legged kind? From kiddos to seniors, here are some organizations that are actively seeking your support:

Food for the Poor Canada

If these charities align with the causes you care to support, we're here to help. We can manage your car donation quickly and easily. No car to donate right now? Consider giving your charity a "like" or a "share." Help spread the word to others who might be looking for ways they can support! 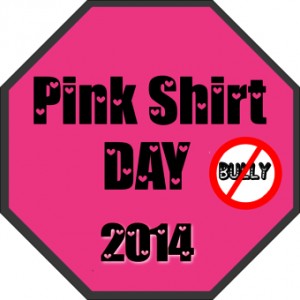 February 26, 2014 is Pink Shirt Day! Many of our charities present pro-inclusion and anti-bullying messages all year long: Check out Big Brothers Big Sisters of Canada on their Facebook page for some wonderful links. Canadian Red Cross has a history of supporting such great works, too, and Bullying Canada works to address hurting kids year 'round. Kids Help Phone is a constant presence, available to help just when help is most needed.

It is an everyday privilege for us to support these, and many other charities, as they do the ongoing work of presenting messages of hope, support, and equality throughout our country! Donate your car and support the cause that matters most to you!