Beagle Paws, one of our receiving animal causes, has faithful support!

We had the happy privilege of working alongside one of their donors -- twice!

In 2016, Beagle Paws received a donation of $657.00 for a Ford Focus that we thought was surely recycle-ready. Our cooperating auction house thought differently. The auction house buyers thought more of the car, too. With a little haggling and finagling, the donor's charity of choice was set.

Fast forward to the summer of 2020

It is a no surprise to us here at Donate a Car Canada -- Canadian donors treat car donations a bit like tattoos: once you've given once, you'll want to donate again! As a business that's been around for a long time, we're thrilled to work alongside donors like this every few years.

Our Ford donor of the Spring of 2016 donated again in the summer of 2020. His chosen cause? Beagle Paws. Again! His second gift to them through our program was a 2008 Chrysler 300.

As is so often the way with our multi-donation givers, this donor doesn't make a peep about his efforts. As with his donated Focus, our guy submitted his donation form online. Without any acknowledgment of his extraordinary generosity, he simply gave a second car away.

Before we say more about how Beagle Paws will benefit from this donation outcome, let's say just a bit about who they are. Why might our donor care so much for this particular organization? Not surprisingly, they're all about one breed: Beagles!

"When you adopt from Beagle Paws Rescue you’ll quickly realize you’re the one who has been saved. This mischievous breed, known for curious noses and eternal puppy-dog eyes, are loyal, steadfast companions. As a rescue organization, we strive to find the perfect dog for your family and to ensure this affectionate, but often neglected, breed is protected and loved.

Once known as a hunting breed or outdoor dog, these clever pets are too often mistreated, abandoned, or left to live outside on a chain or in enclosed pens with no human interaction or compassion. Beagle Paws Rescue was established in 2003 to bring the breed indoors and has become the country’s largest beagle rescue group. Since then we’ve become Canada's largest beagle rescue group. We've rescued and rehomed thousands of dogs throughout Canada and established chapters and connections in every province - but there’s still much work to be done." (Beagle Paws, "About" page)

When an old car goes to the dogs

Thanks to this two-time donor, this hard working charity is going to see a sturdy donation outcome this month end. In fact, he's in line for a a mitt full of the beautiful key chains Beagle Paws is offering their $25.00 donors!

Donate a Car Canada will be disbursing close to $2000.00 in the donor's name this go 'round!

Does this inspire you to give vehicle donation a try? Connect with us! We're at the ready to get your donation dollars into the hands of the cause you love. 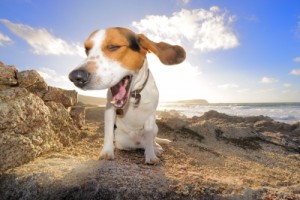 We love signing up new organizations to be on our list of receiving charities! And when a big donation comes in a tiny smart car package -- from a donor who is passionate about her charity -- it's smiles all around! END_OF_DOCUMENT_TOKEN_TO_BE_REPLACED