This is a re-post from several years ago. A story with heart that is worth re-sharing!

Cooper is one of those cars that brings a smile to your face. Mr. and Mrs. Irwin knew a little about the make and model from not so by-gone days. They were more than happy to honor the work of a cause they respect with the car that they love!

“We bought the Mini Cooper S new in 2003. He was ‘Cooper’ to the family — dependable, sure footed and fun to drive with his six forward gears. We had had a Mini Cooper S in 1964. When BMW began to manufacture them again, we were attracted to the idea of owning one.” 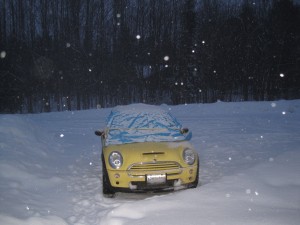 Cooper was a head-turner. You know cars just like him. The kind that make you do a double-take on the highway? Or that make you just a little dreamy when they pull up beside you at the lights? This little mini was a ray of sunshine right on through our unrelenting Ontario winters.

The option to gift faith-based charities  with our donated cars is top priority for Canadians. The Irwins chose Wycliffe Bible Translators. Wycliffe serves minority language groups worldwide by fostering an understanding of God’s Word through Bible translation. They nurture literacy, education and stronger communities. Using the Bible as their foundation, Wycliffe brings education and literacy initiatives into regions in the language unique to them.

One of the Irwin’s friends from their university days in the 1950’s worked with Wycliffe in Papua New Guinea. Donating Cooper in honor of that connection supported a work that they have long admired. It was a fitting extension of the attachment they have to the car.

Donated cars can be re-sold, resulting in strong donations!

Mr. and Mrs. Irwin’s Mini isn’t done yet having an impact, yet. With lots of 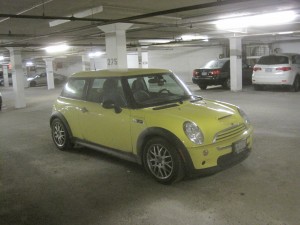 verve left in him, he was auctioned off to a new owner in August for a donation outcome of $2728.00! Cooper drives the message home: resaleable cars can spread a lot of donation joy. To our faith-based, community building, and world-changing charities. Here’s to many happy miles ahead for the Irwin’s yellow Mini!

Pictures of Cooper provided by the Irwins